Can the Police Search Your Cell Phone Without a Warrant? 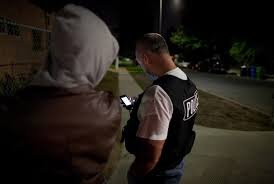 Our law firm has defended many a drug case where the police stop a client, find some marijuana, cocaine, or large amount of money, seize a cell phone, and inspect its contents without a warrant.

A criminal drug investigation is then started, and our client is later arrested, based in major part on leads uncovered from reviewing contents from the cell phone.  Is this legal?  This year, the U.S. Supreme Court answered the question with a resounding “No.”

In Riley v. California (and a companion case United States v. Wurie), the United States Supreme Court held this summer that the police cannot search cell phones incident to a stop or arrest without first obtaining a warrant.

Riley’s arrest, search of his cell phone, and subsequent conviction

In Riley, a police officer arrested Mr. Riley after a traffic stop resulted in the discovery of loaded firearms in his car. The police arrested Riley, took his cell phone, and searched through his messages, contacts, videos and photos. Based on information found in the warrantless search of the phone, the officers concluded Riley was involved with the “Bloods” street gang, and that he was at the place of a shooting some 3 weeks earlier. At trial, the judge denied a motion to suppress, finding that the search of the cell phone was legal because it was incident to a lawful arrest for possession of the loaded firearm.

Based on the cell phone records though, Riley was charged and convicted of assault with a firearm, shooting at an occupied vehicle, and attempted murder. Riley was sentenced to imprisonment for 15 years to life.

Wurie’s arrest, search of his cell phone, and subsequent conviction

In Wurie, a police stopped Mr. Wurie, shortly after police observed him make “an apparent drug deal” from a car outside a convenience store in a questionable neighborhood.  The police seized two cell phones from Wurie and observed several missed calls from “My House.”  Without a warrant, the officers searched the phone and took down the caller’s phone number.  The police later tracked the number to an apartment where they found drugs, a gun, and cash. Based on the information obtained from the warrantless search of Wurie’s phone, the police charged and convicted of distribution of crack cocaine, possession of crack cocaine with intent to distribute, and felony possession of a firearm and ammunition.  He was then sentenced to 262 months (21 years and 10 months) imprisonment.

On June 25, 2014, the United States Supreme Court unanimously set aside the convictions of both Riley and Wurie, holding that the police need search warrants to search the cell phones of the people they arrest. The decision is likely to also apply to tablets and laptop computers. It is a major victory for the Fourth Amendment and its prohibition against unreasonable searches and seizures.

If you or a loved one is facing a criminal conviction for drug or any other criminal charges in Columbus or central Ohio, call one of our experienced criminal defense lawyers at 614.454.5010 for a free initial consultation.