Has the state of Ohio charged you with abusing or endangering your child?

If so, you need to act quickly to lower the odds of that charge becoming a conviction.

The Columbus child endangerment attorneys at Koenig & Owen, LLC, can help you with your defense.

At Koenig & Owen, LLC, our Columbus criminal defense attorneys are committed to fighting tirelessly on behalf of our clients. When you ask us to defend you against your child endangerment charges, we will: 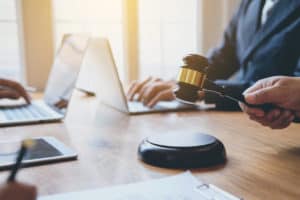 Quite often, the best way to get Ohio child endangerment charges dismissed is to prove that you could not have committed the crime. To use this defense technique, however, you will need to provide the court with a lot of exculpatory evidence.

Of course, when you work with the attorneys at Koenig & Owen, LLC, you won’t need to locate this evidence alone. Our skilled Columbus defense attorneys will be more than happy to assist you with your search.

Negotiate a Plea Bargain with the Prosecution

At some point in your case, the prosecuting attorney may offer you a plea bargain deal. In doing so, they may also tell you that the terms of the proposal are non-negotiable. In reality, however, this is rarely true – almost all deals have at least a little room for maneuver.

The lawyers at Koenig & Owen, LLC, have been negotiating plea bargain deals with Franklin County prosecutors for several years. As such, we know what they need to see and hear before they will put forward more lenient proposals. When you hire us, we will use our knowledge and skill to try to secure you a favorable agreement.

Represent You at Your Criminal Trial

If you do not wish to accept a plea bargain deal, or the prosecution is unwilling to offer a fair one, your case will almost certainly end up in court. There, a judge and a jury of your peers will determine your fate.

Over the years, our legal team has represented countless clients in courtrooms throughout the state of Ohio. We know how to argue a case in a way that is likely to resonate with the judge and jury. With our team on your side, you can be confident that your trial will run smoothly and efficiently.

Are you ready to begin fighting back against the state’s accusations with the help of a skilled defense lawyer from Koenig & Owen, LLC? Then please do not hesitate to give us a call or contact us online to set up a free consultation at our Columbus headquarters. We would love to meet with you to learn more about the details of your case.

When law enforcement officers in the City of Columbus find a parent or guardian putting the health or safety of their child in danger, they typically charge them with one of the following offenses:

This Ohio statute also explains that it is illegal for a parent, guardian, or custodian to:

Individuals who violate any element of this statute can be arrested and charged with child endangerment.

In Ohio, child endangerment is typically punishable as a first-degree misdemeanor. However, the state can choose to bump this crime up to a second-, third-, or fourth-degree felony in certain situations.

Individuals who break this law can be charged with and convicted of permitting child abuse.

If the offense results in serious physical harm to the child, the state of Ohio typically classifies it as a felony of the third degree. When a child dies, this crime is almost always bumped up to a felony of the first degree.

Have you been charged with one of these domestic violence crimes in Columbus, Ohio? If so, please do not hesitate to reach out to the experienced defense attorneys at Koenig & Owen, LLC. We may be able to help you get your charge reduced or dismissed.

Consequences of a Child Endangerment Conviction in Ohio

Individuals who are found guilty of child endangerment or abuse in the state of Ohio can face a wide range of negative consequences. In most cases, these consequences can be categorized as either criminal or collateral.

When doling out criminal penalties to people who have been found guilty of child endangerment, Ohio judges and prosecutors typically adhere to the following sentencing guidelines:

Individuals who do not have a prior criminal record typically receive more lenient punishments than repeat offenders.

When the state of Ohio convicts someone of child endangerment, it doesn’t just send them to jail or prison and hand them a fine. It also gives them a permanent criminal record. Their record can then force them to deal with collateral consequences, like:

Do you need an experienced criminal defense attorney to help you fight to avoid the negative consequences of a child endangerment conviction? If so, please reach out to the legal team at Koenig & Owen, LLC, and set up a free consultation at our law offices in Columbus, OH.

The fact that a person has been charged with child endangerment in the state of Ohio does not mean that they will be convicted of that same offense. With the help of an effective defense strategy, they may be able to get their charge dismissed or reduced.

A brief list of some of the most used defenses in these types of cases would include:

Would you like to have a lawyer from Koenig & Owen, LLC, review your case and help you come up with an effective defense strategy? Then please give us a call at your earliest convenience. We are always ready, willing, and able to assist.

Over the years, the attorneys at Koenig & Owen, LLC, have defended the residents of Columbus, OH against a wide range of criminal offenses – including drug trafficking, murder, and DUI. If you need help fighting back against a child endangerment charge, we will be there for you as well. To set up a free consultation with a member of our skilled legal team, all you need to do is give us a call or contact us online.