Contact our law office to arrange a time to discuss the details of your criminal drug case at no charge.

How Koenig and Owen, LLC Can Help If You Have Been Charged With Drug Trafficking

Drug trafficking is a serious criminal charge. If you’ve been accused of a crime of this nature, it’s imperative that you enlist the help of a qualified and experienced Columbus criminal defense attorney. That’s really the only way to give yourself the opportunity to walk away with your future intact. 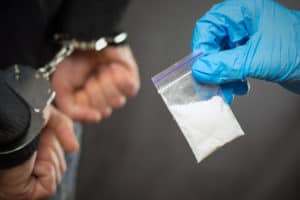 Koenig & Owen, LLC, is known for providing dynamic and compassionate legal services to the people of Columbus, Ohio. Collectively, our attorneys have 30+ years of experience defending clients against the most complex and serious criminal charges – including drug-related offenses. Thanks to our dedication and winning strategies, we’re able ot secure positive results for our clients, time and time against. We regularly get charges reduced, cases dismissed, and win not guilty verdicts at trial.

Among the many services we handle for our clients:

In the meantime, do not speak to anyone regarding your case except for your legal team. Law enforcement may try to bully you into speaking to them without legal representation. You have the right to remain silent. Wait until you have received proper legal advice from a qualified attorney.

Contact us to arrange a free consultation today. Koenig and Owen, LLC, is on your side.

Appreciating the Seriousness of a Drug Trafficking Charge

Facing an accusation of drug trafficking is a terrifying situation. Drug offense charges are not taken lightly in Ohio, and penalties can be quite severe.

Ohio is on the list of top ten states for drug-related overdose deaths. The Center for Disease Control (CDC) reports an overdose rate of 35.9 per 100,000. In 2017, over 5000 people died of a drug overdose. For this reason, prosecutors work relentlessly to convict those who are accused of drug trafficking.

Even after serving a sentence, those convicted of drug trafficking charges will endure residual effects on their future. The Columbus drug trafficking attorneys at Koenig & Owen, LLC, will be relentless in doing everything possible under Ohio drug law to help you avoid these damages to your family, career, and future.

What is Drug Trafficking?

Drug trafficking is a term that can be used to refer to a number of different drug crimes. You can be arrested and charged with drug trafficking in Ohio in any of the following circumstances.

Drugs are defined in this context as street drugs (such as marijuana, cocaine, LSD), or any level of controlled substances. Even giving another person a prescription medication for free with no intention of wrongdoing can be considered trafficking.

Ohioans are not the original source of the drugs. It has been found that most of Ohio’s drug trafficking of heroin, cocaine, and methamphetamine is coming to Ohio by means of the Cartel. These drugs are being transported from Mexico to Ohio. The most commonly sold and abused drugs in the state of Ohio are currently heroin, cocaine, and prescription opioids.

Being arrested and charged with drug trafficking does not necessarily mean you will be convicted of the crime. With the right lawyers in your corner, there are ways to beat these charges.

The penalties for drug trafficking vary, based on the amount of drugs manufactured, the amount in your possession, and the circumstances surrounding your case. However, drug trafficking is always a felony, and can land you behind bars for anywhere between 6 months and 10 years.

Those elements will also determine whether the charges are state level, federal level, or both. Cases involving large amounts or the transportation of drugs across state or national boundaries can be charged as federal crimes.

Charges can be escalated to higher-level felony charges if the substances were in mass amounts or being trafficked over state lines.

Most felony charges are subject to mandatory prison sentences.

Becoming a convicted felon in Ohio can ruin your current life but will negatively affect future prospects as well.

Each case is different, although all are initially felony charges unless your legal team can get them dropped to lesser misdemeanor charges.

The statutes make it easy for law enforcement to arrest an individual on charges of drug trafficking. A conviction, however, is much harder for the prosecution to obtain.

There are several paths we can take to build a solid legal defense on your behalf:

This is a situation in which law enforcement, or another state official, motivated you to commit a crime you otherwise would not have committed. Our attorneys will point out the manipulative behavior of law enforcement to convince the defendant, who was not a drug trafficker beforehand, to commit this crime.

If the activity was part of a drug-ring or involved trafficking with other individuals, we will assert the coercion defense. We would argue that you only committed these crimes out of fear and threats from higher level drug traffickers. You obeyed these orders to avoid bodily harm.

Often, evidence in drug cases is obtained through means that violate a defendant’s rights. This might be an unlawful detainment or arrest, or a full-blown illegal search and seizure. If evidence is obtained illegally, the state cannot be allowed to benefit. Our lawyers will fight ot have tainted evidence thrown out.

If you are facing charges of drug trafficking in Columbus, OH or the surrounding area, contact us immediately. Your family, career, and freedom are at stake if you do not hire a competent defense firm experienced in criminal law. Our exceptional Columbus drug trafficking lawyers at Koenig and Owen, LLC, know how to handle the prosecution and get the job done.

Call our Columbus law firm and speak with our highly-respected criminal defense attorneys. Remember not to discuss your case with law enforcement until you speak to us. Whether you are innocent of the charges or have made a poor choice, we are here for you. Let us build your defense case and fight for you.

Contact us to arrange a free initial consultation to speak with our renowned legal team. Our non-judgmental staff will take care of you.