Kidnapping is one of the most serious crimes that a person can be accused of committing in the state of Ohio. Those who are convicted can face years in prison and a lifetime of collateral consequences caused by their criminal record.

If you have been charged with this criminal offense, you owe it to yourself to make it as challenging as possible for the prosecution to convict you. A Columbus kidnapping attorney from the law firm of Koenig & Owen, LLC, can help you accomplish that goal. 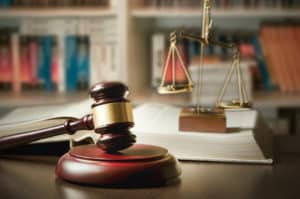 The Columbus criminal defense lawyers here at Koenig & Owen, LLC, are committed to providing outstanding legal services. When you ask us to assist you with your kidnapping case, we will:

Battle to Get You Released from Jail

At the law firm of Koenig & Owen, we know how frightening jails and police stations can be. So, if you are still confined to a cell when you reach out to us, we will immediately begin working to try to secure your release.

We will first move to have you released on your own recognizance. If the court does not grant this request, we will then attempt to secure you a reasonable bond.

Negotiate a Plea Bargain Deal with the Prosecution

As your kidnapping case progresses, the prosecuting attorney might decide to offer you a reduced sentence in exchange for a guilty plea. This process is known as plea bargaining.

If you are interested in exploring the possibility of accepting such a deal, our team of skilled lawyers will be on-hand to try to negotiate fair terms. Our firm has been hammering out plea bargain deals with Ohio prosecutors for years, so you can be confident that you will be well represented throughout the process.

Represent You at Your Criminal Trial

If you do not wish to consider signing a plea bargain agreement, or the prosecutor does not negotiate in good faith, your criminal case will almost certainly end up in court. There, a judge and jury of your peers will decide your fate.

The lawyers here at Koenig & Owen, LLC, have been representing clients at trial for years – from the Franklin County Municipal Court to the Supreme Court of Ohio. As such, we understand how to argue a case in a way that truly resonates with judges and juries. With our team on your side, you can be certain that you will receive a fair trial.

Would you like to have an experienced criminal defense attorney on your side as you battle back against your Ohio kidnapping charge? If so, please contact the law office of Koenig & Owen, LLC, today. We would love to arrange a free consultation to learn more about your case and take the first steps toward building an effective attorney-client relationship.

Understanding the Difference Between Kidnapping and Abduction in Ohio

In TV shows and movies, the terms “kidnapping” and “abduction” are sometimes used interchangeably to describe a crime in which an individual takes a person from a place and holds them captive. In Ohio, however, kidnapping and abduction are two distinct criminal offenses. So, what is the difference between them?

Section 2905.01 of the Ohio Revised Code states that an individual can be charged with kidnapping if they use deception, threatening language, or force to remove a person from a place or restrain their liberty to:

This statute also explains that it is unlawful for an individual to use deception, threatening language, or force to remove a person from a place or restrain their liberty under conditions that create a sizable risk of serious physical harm to the victim.

In the state of Ohio, kidnapping is typically classified as a felony of the first degree. However, it can be downgraded to a felony of the second degree if the offender releases the victim, unharmed, in a safe place.

Section 2905.02 of the Ohio Revised Code states that an individual can be arrested and charged with the crime of abduction if they, without privilege to do so, knowingly:

Abduction is a lesser charge than kidnapping and is widely regarded to be significantly easier to prove in court.

In the state of Ohio, this offense is usually classified as a felony of the third degree. However, it may be upgraded to a felony of the second degree in cases where a victim is held in involuntary servitude for sexual reasons.

Have you been charged with one of these serious criminal offenses in the City of Columbus? Then please do not hesitate to reach out to a skilled defense attorney from the law firm of Koenig & Owen, LLC. We may be able to help you get your charge dismissed or reduced.

The criminal penalties doled out to individuals who commit the crime of abduction or kidnapping are largely dependent on the felony level assigned to their case:

Felonies of the First Degree

Those who are found guilty of first-degree felonies typically face the following punishments:

Felonies of the Second Degree

Individuals who are convicted of second-degree felony offenses are typically penalized as follows:

Felonies of the Third Degree

When the state of Ohio finds a person guilty of a third-degree felony, it ordinarily punishes them as follows:

Note that probation may also be a potential consequence of a kidnapping conviction in Ohio.

Once convicted felons in the state of Ohio pay their fines and serve out their prison sentence, their criminal record can continue to cause them to suffer a wide range of collateral consequences, such as:

Do you need an experienced Ohio criminal defense attorney to help you battle to avoid the negative consequences of a kidnapping or abduction conviction? If so, please contact the law firm of Koenig & Owen, LLC, in Columbus, as soon as possible. We are ready, willing, and able to take on your case.

Defenses Against Kidnapping Charges in the State of Ohio

Quite often, when Columbus residents are charged with kidnapping, the only thing standing between them and several years in prison is an effective defense strategy. A short sampling of some of the most commonly used defenses would include:

To be convicted of kidnapping or abduction, one must typically act against the wishes of the victim or their legal guardian. If a lawyer can prove that their client had permission to remove the victim, they should be able to get their charge dismissed.

It is not unusual for a recently-divorced parent to mistakenly kidnap their child, believing that they were acting within the boundaries of their new custody agreement. If a defense attorney can show that their client made an honest mistake, they can generally get their case dropped.

To convict someone of kidnapping or abduction, the state of Ohio must prove their guilt beyond a reasonable doubt. If a lawyer can successfully argue that the prosecution has not presented enough evidence to do so, they may be able to secure a not guilty verdict for their client.

Would you like to have our legal team devise an effective defense strategy for your kidnapping case? Then please reach out and schedule a free consultation with one of our skilled lawyers today.

The attorneys here at Koenig & Owen, LLC, have been helping the people of Columbus, Ohio, with their criminal cases for many years – from drug trafficking to aggravated murder and everything else in between. We understand what it takes to get charges dismissed or reduced. If you would like to have us assist you with your abduction or kidnapping case, please give us a call or contact us online.