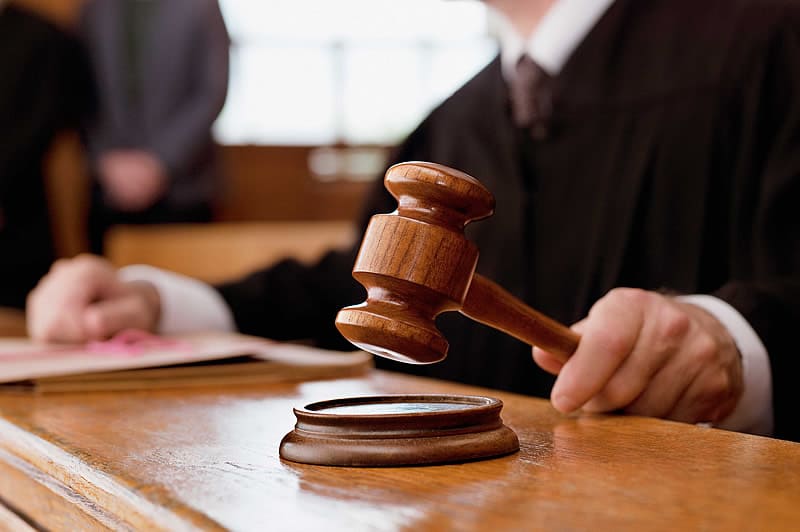 In Columbus, Ohio, if you resolve a felony criminal case by plea bargain, or are convicted of one or more felony criminal offenses at trial, then you will be sentenced to the offense to which you plead, or of which you were convicted.  If that is the case, it is important for you to understand the sentencing laws, options, and variables involved in Columbus sentencing.

PURPOSES AND PRINCIPLES OF SENTENCING FOR FELONY CONVICTIONS IN COLUMBUS, OHIO

FACTORS THAT MUST BE CONSIDERED IN EVERY COLUMBUS CASE

Factors that show the person is less likely to commit future crimes are set forth under Section 2929.12(E) of the Ohio revised Code:

LENGTH OF PRISON TERMS FOR PERSONS CONVICTED OF FELONIES IN COLUMBUS, OHIO

If you are convicted of a felony in Columbus, Ohio, the general rule is that the court must select a definite term from the ranges set forth in Section 2929.14(A) of the Ohio Revised Code:

Felony of the Fourth Degree:     6 to 18 months in one month increments.

There are certain offenses that carry indefinite prisons terms, such as aggravated murder, murder, certain sex offenses, human trafficking, and crimes with a sexual motivation.

The Ohio Legislature makes prison mandatory for certain types of offenses.  Most mandatory prison terms are set forth in Section 2929.13(F) of the Ohio Revised Code, which includes the following:

There are many other offenses, some listed in section 2929.13(F) and others that are not listed, that require mandatory prison terms.  The length of the mandatory prison term is usually selected from the range set forth in section 2929.14(A), but for certain offenses and specifications there are specific prison sentences that must be imposed.  For example, if a firearm is used, displayed, brandished, or otherwise indicated and the offense has a firearm specification under Section 2941.145, then there is a mandatory three year prison sentence.

For certain types of F-4s and F-5s, it is mandatory that the court sentence the offender to community control (probation) if:

Like most things favorable to defendants under Ohio law, there are exceptions, so mandatory doesn’t necessarily mean mandatory.  The judge can still impose prison, even if probation is “mandatory,” if he makes certain findings under Section 2929.13(B)(1)(b)(i)-(xi), or follows the procedure set forth in § 2929.13(B)(1)(c).

If you are charged with a drug offense in Columbus, you need to know that Chapter 2925 of the Ohio Revised Code identifies and defines Ohio drug crimes.  Felony drug offenses in Ohio include Aggravated Trafficking and Trafficking in Drugs; Illegal Manufacture of Drugs; Illegal Cultivation of Marijuana; Possession of Drugs; Permitting Drug Abuse; Illegal Processing of Drug Documents; Deception to Obtain a Dangerous Drug; Tampering with Drugs; Sale of Counterfeit Controlled Substances; and Possession and/or Sale of Controlled Substance Analogs.  The Ohio Sentencing Commission has published a 2-page Drug Offense Sentencing Guide, which is very helpful in determining potential sentences for each offense.  The potential penalties for both Drug Trafficking and Drug Possession are listed based on the quantities of narcotics that are charged in the indictment.  The Sentencing Guide can be found online here.

For persons convicted in Columbus, Ohio, the general rule under Ohio law is that there is a presumption that prison terms be served concurrently (meaning at the same time).  See Section 2929.41(A) of the Ohio Revised Code.  However, the court has discretion to impose consecutive sentences if he finds it necessary to protect the public or punish the offender, that consecutives sentences are not disproportionate, and finds one of the following:

Furthermore, there are circumstances where the court has no discretion and must impose consecutive sentences.  For instance, firearm and other specifications carry consecutive terms that must be served before the underlying term for the offense. See Section 2929.14(C)(1)(a)-(c) of the Ohio Revised Code.

When the sentencing court is not required to and chooses not to impose a prison sentence, the court may impose a sentence of only time served or a simple fine, but will usually put the defendant on “community control,” with conditions involving one or more community control sanctions.  Community control sanctions are what used to be called conditions of probation.  Under Ohio law, probation is now called “Community Control.”  See Section 2929.15 of the Ohio Revised Code.  Community control sanctions can include residential or non-residential sanctions.  Non-residential sanctions can include basic or intensive probation supervision (usually simple reporting), or more stringent requirements such as community service, educational or training requirements, conditions of employment, counseling, drug and/or alcohol treatment, or even house arrest or daily reporting.  See Section 2929.17 of the Ohio Revised Code.  Residential sanctions care the most restrictive and can include local jail time (up to 6 months), half-way house, or time at a community-based correctional facility (CBCF) for up to 6 months.  See Section 2929.16 of the Ohio Revised Code.  The court can impose other conditions of community control reasonable related to the conduct involved in the criminal offense.

INTERVENTION IN LIEU OF CONVICTION IN COLUMBUS, OHIO

In Ohio, under Section 2951.041 of the Ohio Revised Code, an accused can be eligible to receive treatment in lieu (instead) of conviction if the criminal behavior was caused by drug or alcohol use, mental health issues, or intellectual disabilities.  Under this statute, an accused can file a motion asking the trial court to put a stop to the case and substitute a treatment plan in lieu of prosecution.  If the trial court grants the motion, and the accused completes the treatment plan, then the case is dismissed.

In Columbus, the Franklin County, Ohio prosecutor’s office has established a diversion unit that screens first time offenders of non-violent felony offenses for diversion.  Under this program, an offender performs community service, makes restitution to the alleged victims, and upon completion will have his or her case dismissed and the arrest and subsequent criminal proceedings will be eligible to be sealed or expunged.  Look here to see if you may be eligible for diversion.

In addition to prison or probation, there is also the possibility of financial sanctions.  These can include fines, court costs, pay-for-stay jail costs, cost of prosecution and investigation, and restitution.  The amount of a fine depends on the level of the offense and whether there is a specific provision that would call for a specific fine to be imposed.  For example, the maximum fine for an F-1 offense is $20,000.  Generally, the judge has discretion to fine the offender anywhere from $0 to $20,000.  However, if the F-1 is a drug offense, the judge must impose at least a $10,000 fine, up to the maximum of $20,000.  Even when fines are “mandatory,” you may be excused from having the fine imposed if you are financially unable to pay (indigent).  Section 2929.18(B)(1) of the Ohio revised Code provides that if you file an affidavit of indigency prior to sentencing and the court determines you are unable to pay, then the court must not impose the fine.  Inability to pay can also be grounds to avoid imposition of court costs.

A sentencing hearing is required in all felony cases before the judge can impose a sentence. See Section 2929.19 of the Ohio Revised Code.  At sentencing, you, your lawyer, the prosecutor, the victim or victim’s representative, and any other witness the court allows, may present evidence relevant to sentencing.  The court must consider those statements, the record, a pre-sentence investigation report, if any, and a victim impact statement, if any, before imposing sentence.

It is important to note that a pre-sentence investigation and report (PSIR) is required if the person is going to be sentenced to community control or probation.  See Section 2951.03 of the Ohio Revised Code and Rule 32.2 of the Ohio Rules of Criminal Procedure.

The purpose of the PSIR is to provide the sentencing judge with more information about your history and characteristics, family and social background, prior record, circumstances surrounding the offense, and a risk assessment.  Even when a PSIR is not required, there can be reasons for wanting one anyway, such as when one plans to file an application for judicial release under Section 2929.20 or in the hope of qualifying for a transitional control program under Section 2967.26.  Likewise, there can be many reasons not to request a PSIR, such as when more damaging information would likely be presented to the court.

If you have been charged with a felony it is important you work with a Columbus criminal defense attorney‘s at Koenig & Owen to make sure you’re getting the defense you deserve.